Luba Jurgenson,  born in Moscow in 1958, is currently a full Professor at the Department of Slavic 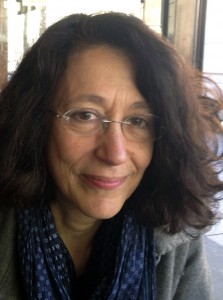 Studies at the Sorbonne and Director of the research center Eur’ORBEM: “Cultures and Societies of Eastern, Balkan and Center Europe” (CNRS/Sorbonne University). Her main research areas are: witness literature on Nazi camps and Gulag, representations and memory of mass violence in Eastern and Central Europe (20e century). Her most recent book publications include: Paysages de mémoire (dossier of Memories at Stake, n° 10, autumn 2020, with Philippe Mesnard),  Lo Speccio del Gulag in Francia e in Italia, Pisa University Press, 2019, with Claudia Pieralli; Where There is Danger, translated from the French by Meredith Sopher, Brookline, Academic Studies Press, 2019; Le Goulag, témoignages et archives, Paris, Laffont, 2017, with Nicolas Werth; Muséographie des violences en Europe centrale et orientale, Paris, Kimé, 2016, with Delphine Bechtel. She is an editorial board member of the journal Memories at stake and directed a dossier on landscape and memory: Does Memory Blend into the Landscape? (Memories at Stake, n° 7, autumn 2018).

Traces of mass violence in (on) the landscape

Wars, genocides, organized famines, massacres, displacements of populations, forced labor, ghettos, concentration and extermination camps, took place and were established in the physical spaces that conserve traces of these atrocities to this day. These places constitute landscapes that local residents experience in their ordinary life. The hunter, the forester, the landscaper, the earth worker, the farmer, are in contact with tangible traces of events inscribed in soils, ecosystems, trees, water; they are also with intangible traces through narratives, visual works, practices and discourses having the landscape as object. Both the tangible and intangible traces constitute a heritage of the communities which is passed on from generation to generation.

Starting from the hypothesis that landscapes are an essential vector of collective memory, we will study some cases of landscapes marked by the mass violence of the 20th century to question the specificity of memory constructs linked to landscapes at the local level.